“I believe this is a time when healing can actually take place.” Rev. Audre King

On August 26, the Page County Public Forum presented an online webinar “Racial Healing—Making our Community Stronger through Racial Harmony.” Moderated by Clyde Humphrey, it attracted 55 people, including other UUBRidge members.

The deaths of Black citizens at the hands of police, demonstrations for racial justice nationwide and locally, the fate of civil war monuments, and other issues, including a racially offensive social media post by the mayor of Luray, have shown the need for honest reflection, dialogue, and action on the issues of racism and social justice.

The forum provided a starting point for that work. Speakers included Rev. Audre King of the West Luray Recreation Center, other ministers, young activists, former leaders of the Warren–Page County and Fairfax County NAACP chapters, and representatives of Coming to the Table and the Fairfax Communities of Trust—a citizens’ group working to build and strengthen relationships between public safety agencies and the communities they serve.

Speakers and participants discussed how to move forward. We need to overcome ignorance and defensiveness, be willing to learn from those whose lives are impacted, listen and encourage dialogue among those with different viewpoints, teach that Black history is American history, provide education and diversity training for government officials, law enforcement, and citizens, and support Black communities and individuals according to their expressed needs.

A recording of the forum can be viewed at: https://1drv.ms/u/s!Ai8W4N9wTMHcik_OKAgyILMvRrQ0?e=w4fa5l 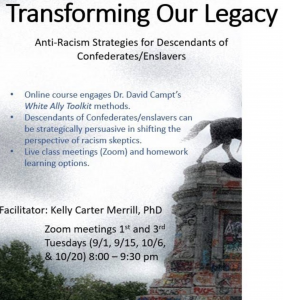 For those interested in learning how to help overcome racism, online courses, such as the one depicted here from the White Ally Toolkit website, are available. “Transforming Our Legacy,” begins September 1, but the website also offers other courses, books and some free materials as well.

Coming to the Table and the Racial Equality Resource Guide also provide resources for workshops, webinars, and materials.

The ESJ committee appreciates recommendations to share on this blog. You can use the comment field below. 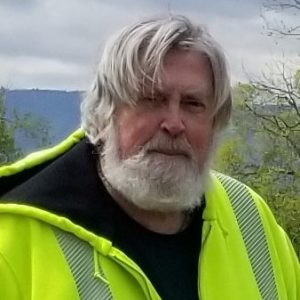 Do you ever wonder why the pace of life feels like a blur sometimes?

Here are two “factoids” from the forward of The Joy of Simple Living by Jeff Davidson:

As of 2000, the state of Connecticut had a greater population than the entire world of 200 B.C.; and, also in 2000, 85 percent of all scientists who have ever lived were alive!

The press of information, complexity, choice and features feels relentless. I fear most of us readily spend time thinking how to cover everything that our roles demand of us, rather than making choices that are in harmony with our values.

Temporarily (or permanently!) sacrificing one hour of television watching weekly will provide planning time to make inroads towards a simpler, more meaningful week.

Mr. Davidson provides tips involving time organization for errand running (Monday or Thursday evening will work better than weekends), a reminder that a sleep routine will help you take better care of yourself, and how to purchase items thoughtfully.

Until next time, remember that simplifying your life does not make you a “simpleton!”

A Systemic Response to Climate Change 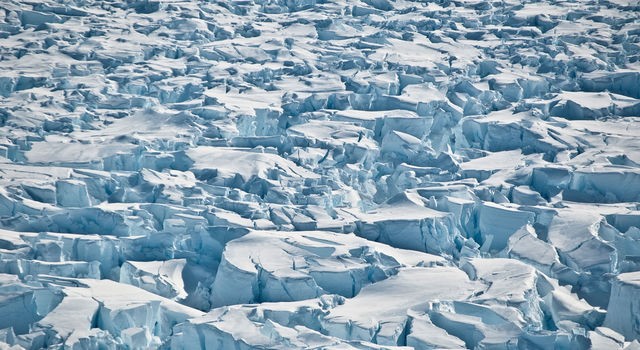 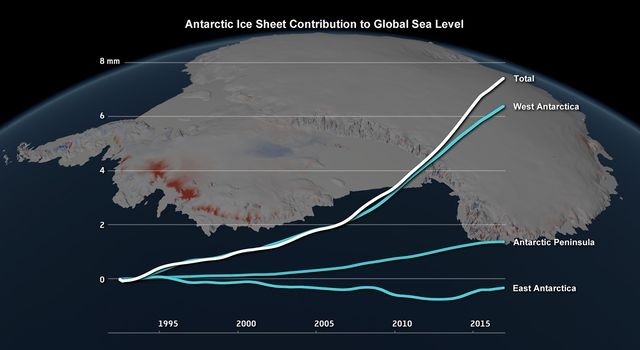 According to an international climate assessment funded by NASA and the European Space Agency, ice losses from Antarctica have tripled since 2012, causing sea levels to rise faster than at any time in the past 25 years. (June 2018 article, NASA images)

As I looked some time ago at recycling in the U.S., I realized that, while citizens are urged to take responsible actions to lessen waste, the producers take on little responsibility for reusing or recycling their products. The plastics industry formulated the famous, or infamous, numbering system on plastic containers, and then left the actual recycling to an underfinanced and overburdened partnership between cities and private recycling businesses, many of them overseas.

The same inequality of responsibility is evident regarding the complex issue of climate change. As individuals, we are urged to change our habits, perhaps installing rooftop solar panels, making our next vehicle a hybrid or electric, or foregoing private vehicles altogether and taking public transportation where possible. These are desirable actions—but they will not enable us to limit global warming to an average of 2.7 degrees Fahrenheit over preindustrial temperatures, the target determined by the U.N.’s Intergovernmental Panel on Climate Change (IPCC). Even that seemingly small increase would greatly challenge our ability to adapt to the results of rising temperatures. Meeting that goal will require large-scale, systemic solutions, both regulatory and technical in nature. Sorting out which approaches are most feasible politically, philosophically, environmentally, and technically is difficult.

At least three systemic solutions to the problem of a warming climate are being studied:

1. Taxing (or pricing) carbon is a regulatory approach that has been talked about for two decades. The idea is that emitters of carbon pollution would be taxed on their emissions, the proceeds being used to defray the environmental costs of the pollution. Producers would be incentivized to reduce emissions in order to avoid paying higher fees. The approach has been backed by both conservatives and liberals as a market-oriented, self-administering solution. Recently, though its effectiveness in getting us away from hydrocarbons has been questioned.

2. Carbon removal. The IPCC now says that in order not to exceed 2.7 degrees F, we must remove carbon from the atmosphere. Reducing emissions alone will not, at this point, enable us to meet the target. Some people worry that carbon removal means that we can continue to pollute without worry, because we can “vacuum” carbon from the atmosphere. But in reality, carbon removal is an expensive process, feasible only if we strictly limit the additional carbon we put into the atmosphere. The two processes go hand-in-hand. Unfortunately, there are no proven ways to rapidly remove carbon on a large scale and affordably.

3. Geoengineering (or climate engineering), the third systems approach, is also technical—and controversial. The growing urgency of the climate problem and the dearth of progress has led more scientists and policy makers to consider this as at least a stop-gap to give us time to decarbonize the economy. Peter Wadhams, a prominent researcher of Arctic warming and author of A Farewell to Ice, advocates further research into ways of directly cooling the planet through solar radiation management. Reducing the intensity of the sun’s rays by reflecting more of their heat back into space, is the aim. Theoretically, clouds could be sprayed with water vapor in order to brighten them. Or, tiny particles in aerosol form could be injected into the stratosphere, intercepting sunlight higher in the sky and returning enough of it into space to offset the warming from our CO2 emissions.
Geoengineering might be surprisingly cost-effective. The idea is probably as unpopular, though, with climate change activists as it is with climate change deniers. Its relatively few advocates say that resistance by the former group shows a lack of awareness of how bad things really are.

These discussions can be hard to join for nonspecialists like me, but there are resources that provide a wealth of information on climate science, energy, and policy for interested citizens. Two of them are listed in the right hand column of this page. The Climate Action Alliance of the Valley, based in Harrisonburg, puts out a bimonthly newsletter chock full of news on climate and climate science, energy, and policy, with links to articles on these subjects. Another great source is Power for the People, a blog by Ivy Main of the Sierra Club, which focuses on Virginia.